Reflux - A mums turmoil, it's not normal 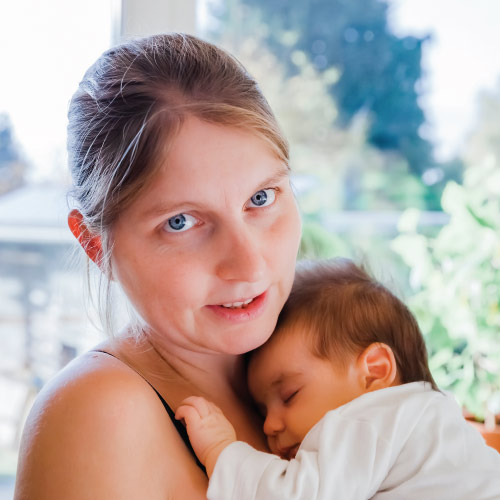 Just wanted to share my story with you, and to thank you for restoring a faith in me as a mom, saving my marriage and curing my little boy who is now five months old and thriving.

My story has a grim beginning, my little boy was diagnosed with pneumonia shortly after birth and we spend a whole week in a hospital. Due to COVID pandemic we were separated for three days and he was given formula milk because I was not allowed to breastfeed him. My boy lost over 10% of his weight in three days that followed his birth.

Fast forward a month, I have successfully established breastfeeding on demand. I was absolutely obsessed with his nursing sessions and completely terrified he might be still losing weight. Breastfeeding consultants recommended (as usual) to top him up with formula milk. I am not even going to comment on the milk quantity they recommended because it breaks my heart to think my child had to digest it ALL.

After a month, my boy was gaining so much weight it worried me.  I could barely keep up with the amount of soiled nappies with frothy explosive poos that were, as you can probably tell, very green.

Nobody would have ever guessed that my poor little one was hospitalized after birth, because the way he screamed in pain every day after every feed, could wake up a neighbour next door. He was strong, very vocal, inconsolable and screaming for hours on end. After numerous phone calls to GPs, Pediatricians, Health Visitors, midwifes, and breastfeeding consultants, we were told it's normal and it will all go away after three months.

My poor baby also kept spilling from his second week of life. Again, I was told it was normal by PROFESSIONALS, and my family and friends kept telling me that it can't be this bad. Well they haven't seen my apartment which was literary covered in milk. Carpets, sofas, mattresses and endless piles of laundry. I have been using twenty muslin squares every four days. And all I got is "that is normal", "happy spitter".

One day he was so unwell he was projectile vomiting all day and night and it got me so worried we were admitted (again in the middle of a pandemic) to a children's ward for observation. We were discharged the next day with reflux diagnosis and meds. I wasn't relieved, I was so angry with everybody, and I kept telling everybody that I am not giving my baby any meds at eight weeks old, there must be a better way. I was heavily criticized for that decision by health visitor, my husband and my family. My baby was unwell but he was what they say a "happy spitter". I almost gave up breastfeeding because it caused me so much distress.

I researched for hours and was already following tips for reflux babies and nothing helped. He was still spitting no matter what I did. The regular advice for reflux is to feed often and little. That made no difference to us.

I also already knew I need to burp my baby after feedings. But nobody tells you how. So we kept this poor child upright with so little success. Perhaps max three burps after a feed. The nights were horrendous he would trash in his bed for hours. He was tired, we were exhausted.

Three months came and go and with no improvement on the horizon. He was in pain, not sleeping well, always hungry, gaining weight above averages, spilling buckets of milk, I was losing my mind, my husband and faith in my ability to be a mother. I hated all my friends with babies who did not have that problem and did not understand. I was so, so, so angry and so, so, so alone.

I did my research again and this time I came across your website and book Philippa. I thought to myself, oh my goodness those wind cues were my hunger cues! The amount of guilt that struck me once I understood I was harming my baby by overfeeding...till this day it freezes my heart when I think about it.

I bought and read your book overnight. Literary I felt so relieved that there is a NATURAL cure for my baby! It gave me so much hope. I think I only slept thirty that night. The next morning I had a chat with my husband, who was not convinced but I said your book is researched based. He is a scientist so I got him on board. 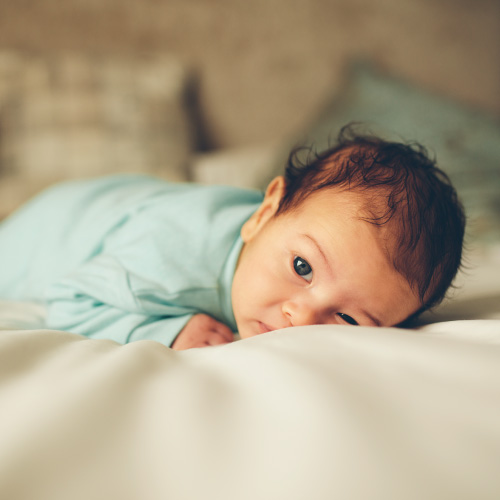 Because we started to follow your recommendations after his third month, most of his wind cues disappeared by then but two were still present - chewing motion (it's so funny!) and flailing hands. I could easily recognize them, even though he was teething and poking his tongue out a lot. I was so good at it I could release around ten to thirteen burps after every feed following your winding sequence. It made such a difference! Even though it wasn't the optimal level of burps but it was still so much more than usual.

By this point, my baby was sixteen weeks. The first day was awful, I have spaced his feedings every three hours (from two recommended by breastfeeding consultant) at set times. My boy obviously didn't like it, but I knew he wasn't hungry, he just wanted a comfort feed. Believe me it wasn't easy to do, your instinct tells you to feed, but your mind knows it's not hunger. I was again criticized for training a baby. I knew I was helping him, so ignored the comments.

It only took two days to get him onto the new schedule of feeding every three hours. I was absolutely amazed. I then began to space it to every three, five hours. He now feeds at set times from one breast only, and I feel the demand-supply is so well balanced.
There are days when he wants an extra feed e.g. after immunizations. I'm ok with that, I follow his TRUE hunger cues.

After three days, my body ached from all that burping, but my baby was happier.
We celebrated the first night he slept without trashing in his sleep. When he stopped screaming in the evening, my husband thought the boy is unwell. I told him he is finally pain free. Our little one was so calm, happy and engaging with us so much more.
It took a week for spilling to stop. He gradually spilled less and less. He still spills on occasion but I am following your advice and adjusting my diet to see what triggers him.

After around a week and a half his bowel movement changed too. He no longer does large, frothy and seedy yellow poos. He has a normal, average size dark yellow poo. Makes his mama so happy!

I wish I had purchased your book when he was born. It would have saved me all the tears and my child wouldn’t have been in so much pain for so long.

He is now five months old, and a happy chappy! There are days when he fights burping, there are days when I am so tired I can't face another burping session, there are nights when he wakes up with excessive flatulence because I must have eaten something that triggered him. This new lifestyle is still very new and we do it by trial and error. But we are so much happier as a family!

I feel I am no longer alone and there is someone who came up with a natural remedy for colic and reflux. Thanks to you, I can now enjoy motherhood more and I feel better prepared for our next bubbas :)

I am looking forward to reading your book on weaning!

Thank you & loads of love, 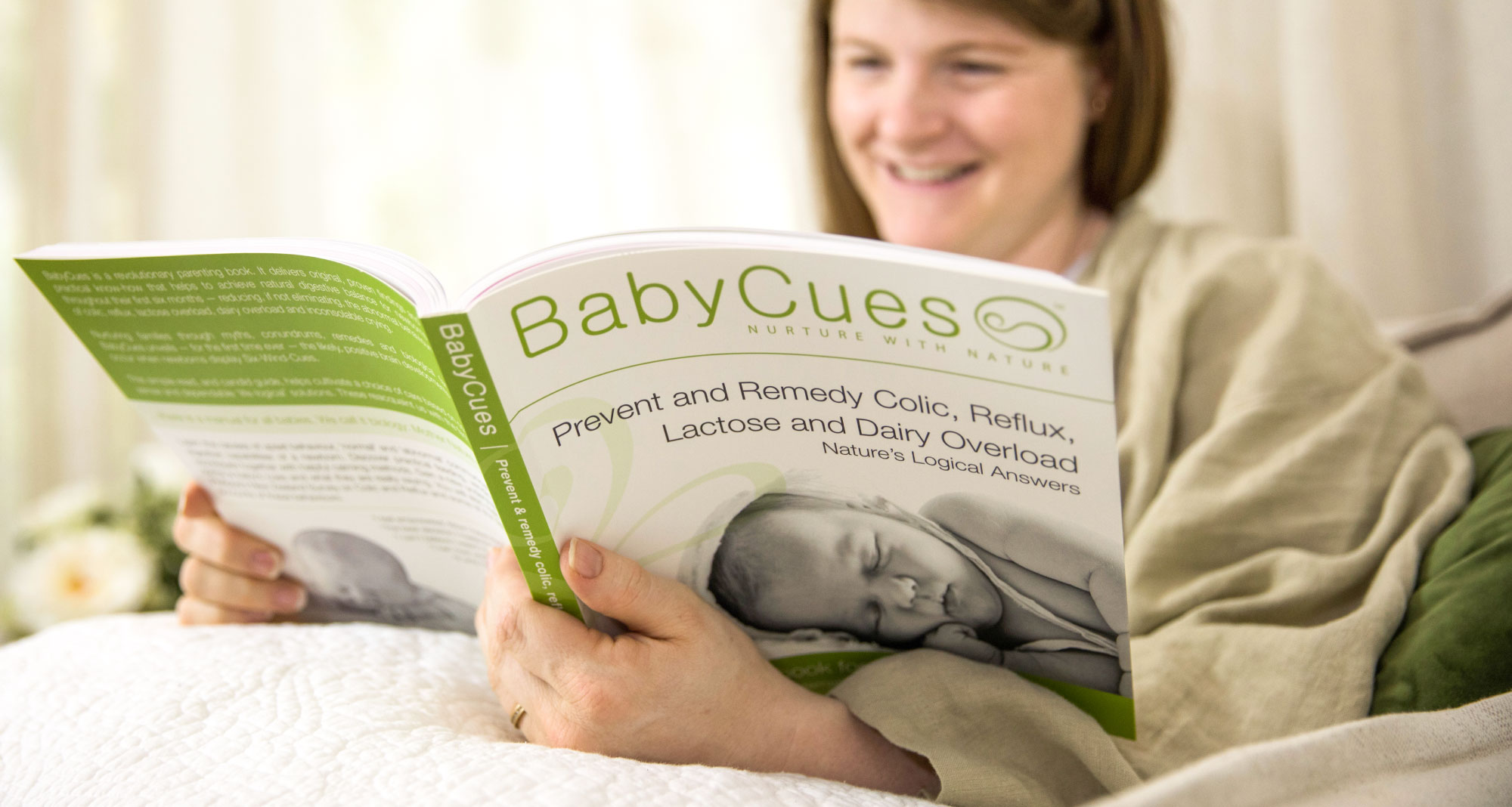