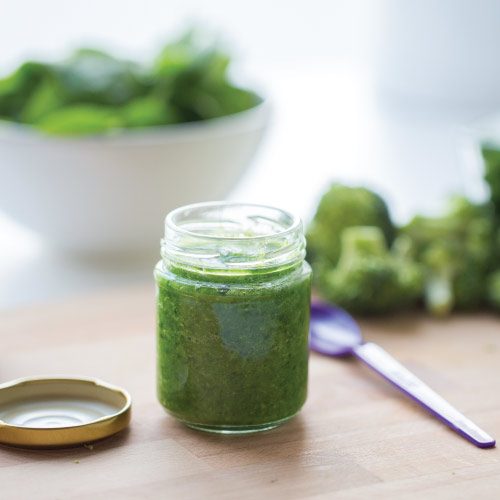 Oh those precious moments of the wonderful exploration of solid food with your infant. It can offer so many fun moments and face pulling, as your child’s taste buds awaken to a whole new world. But while wonderful, it can also be confusing for parents to try and work out what is the best way to do this for your child. So in this article I dissect the options available in the hope that it makes you feel more confident with your choices.

Most parents will have heard of the first two available approaches - Traditional Weaning or Baby Led Weaning. Then we have the reasonably new kid on the block, Bio-logical Weaning. So what are these three methods, and which one offers the healthiest choices, and results, for your infant’s digestive biology, and overall development? Because as we all know, the way your child receives solid food affects them in so many ways. It affects their sleep, their comfort levels, weight gain, bowel motions, behaviour and how well they continue to drink their required breast milk, or formula, let alone the impact it can have on digestive organs. So before we delve into my thoughts, and the facts on these methods, let’s define them.

The BabyCues Bio-logical Weaning Guide holds a much needed, infant centered approach on how to introduce solids from six months to two years of age. This renowned method offers a significant, healthy step forward in baby-led weaning as it's based on the infant's developing digestive system and their oral development - for nature truly holds the answers to nourish our children's health well. 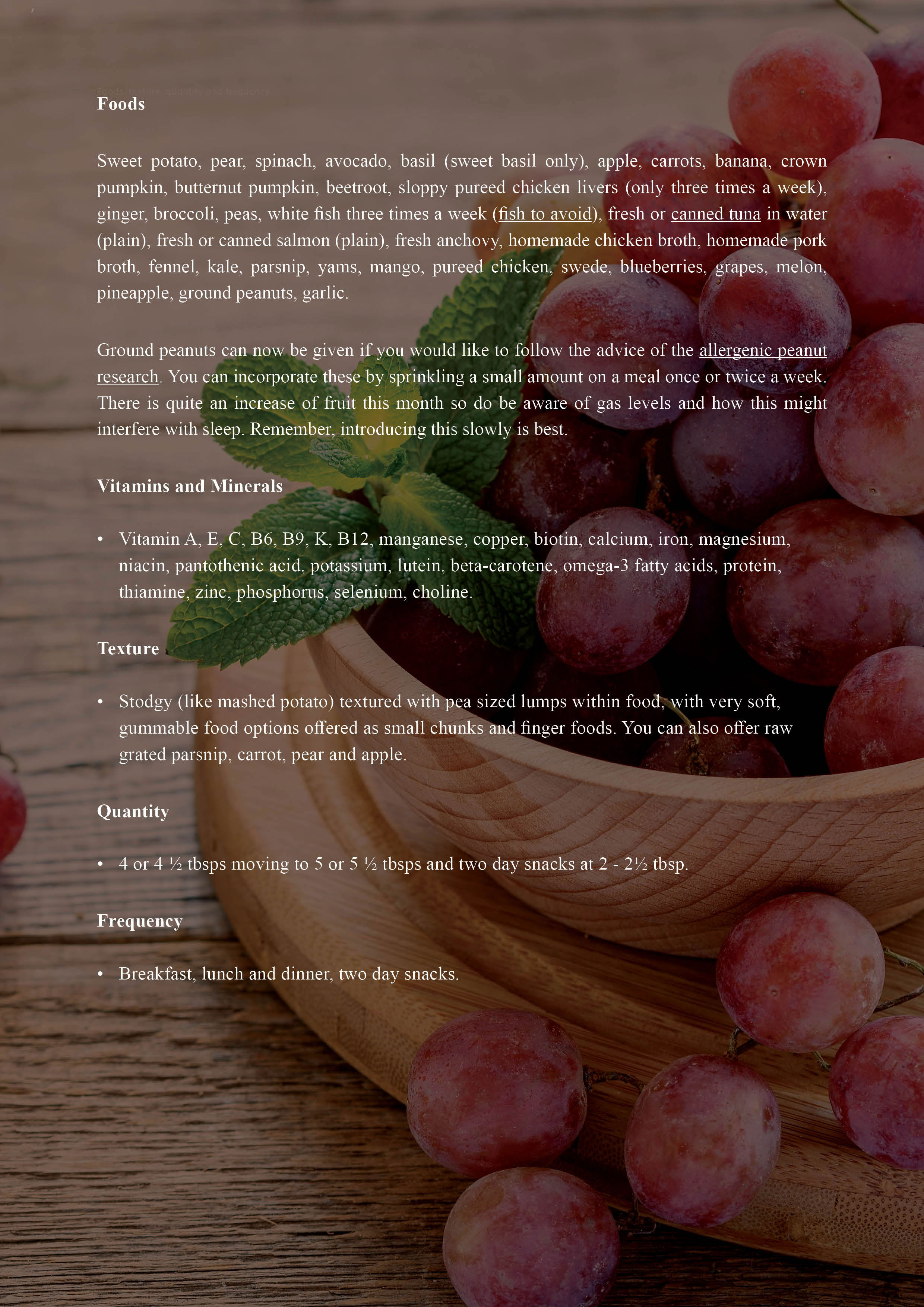 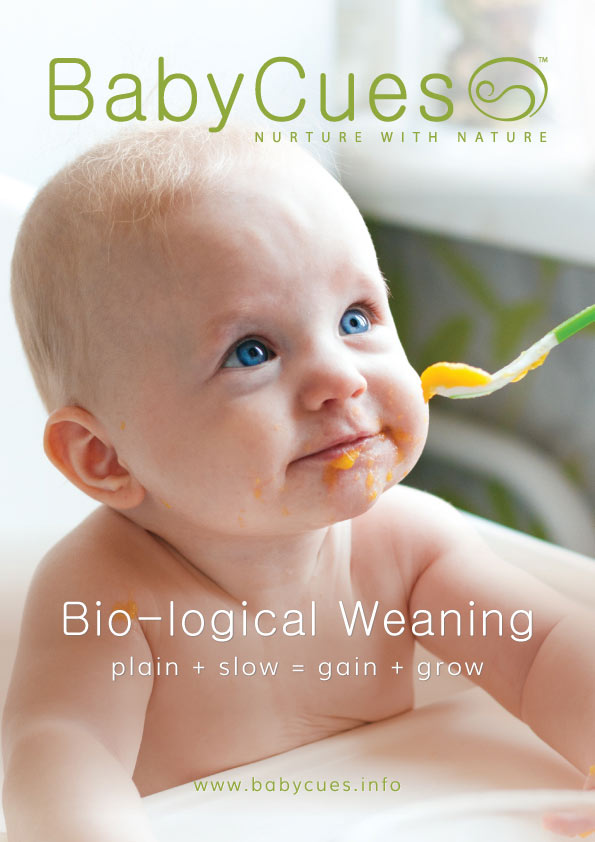 So with those outlined, let’s take a closer look at the differences between these methods, but first a very brief history about each.

Traditional weaning began at a time when we knew a lot less about how an infant’s digestive system functioned, their teeth development, and the nutritional benefits or effects of each food group. But on the whole, it was largely accepted as a respectful way to introduce solids and the majority of newborns took to this method rather well.

In 2005, the method of baby-led weaning was born, but it’s really only in the last three to four years that it has become more widely adopted by parents that understandably feel at one with the idea that their child chooses when, and what to eat, instead of being spoon-fed. However, this method has also brought strong debate from health professionals about whether an infant has the capability to move chunks of food around their mouth, and/or chew them from six months. 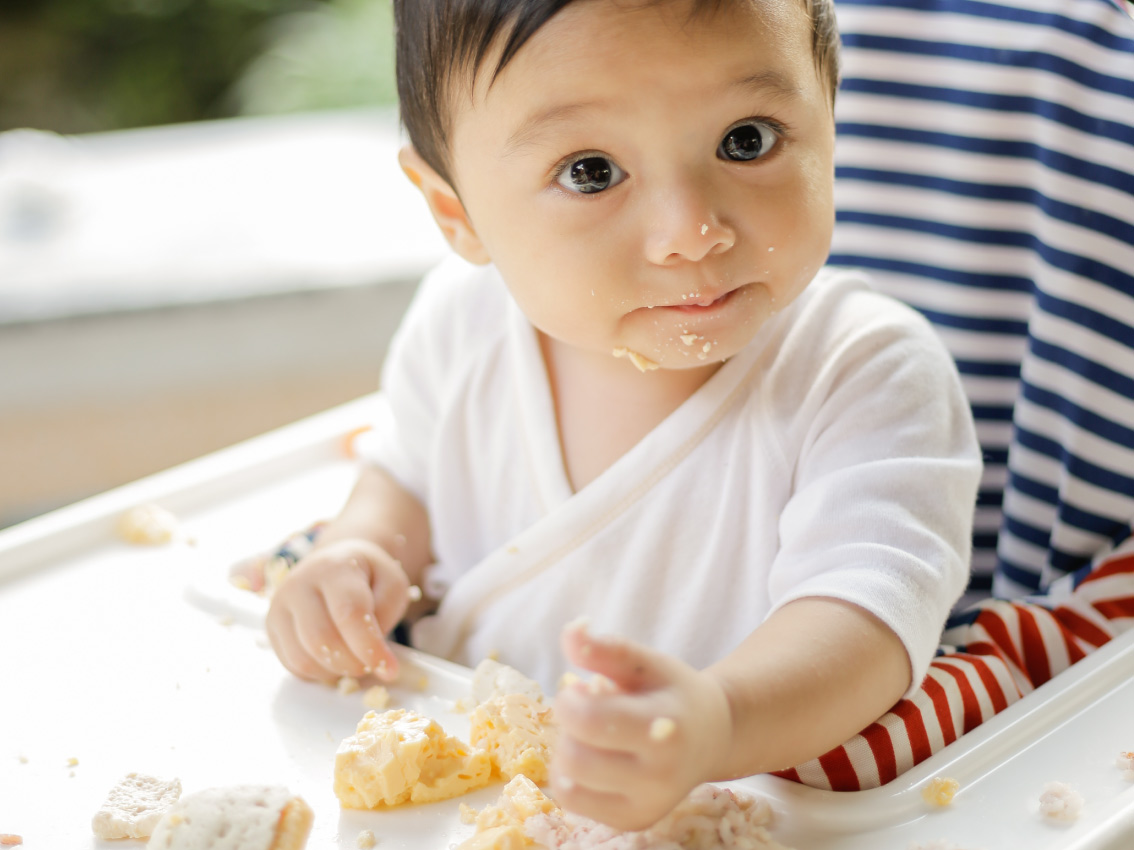 This resulted in additional information being added that said, giving chunks was fine, because infants would simply use their gag reflex to stop them choking. Personally, I think, why should any infant have to choke when being fed? If an adult was choking we wouldn’t say hey, that was fine, and keep doing the same thing would we?

This was then followed by the method of BabyCues Bio-logical Weaning in 2018, which is now starting to take the world by storm. What parents love about this method is that their child gets the best of the traditional and baby-led weaning methods, at the ages they are ready for each of these. With the signal of readiness being firmly based upon three aspects of up-to-date research:

The main differences between weaning methods

The main differences between traditional and baby-led weaning is of course the pureed food versus the chunky food, and the first option involves spoon-feeding, while the other does not. Also, baby-led weaning has never been recommended within the World Health Organisation (WHO).

With Bio-logical Weaning, the main difference is that the infant gets pureed food, chunky food, spoon-fed and the chance to choose, but with each being introduced at appropriate developmental ages. It also aligns nicely with WHO guidelines.

This method offers variety at a slower pace than traditional and baby-led weaning, while teaching parents the best times to introduce daily solid food. This then nurtures the experience of food in harmony with digestive processes and the autonomic nervous system. You can read more about an infant’s basic digestive ability here, to further understand some of the robust research that Bio-logical Weaning is based upon.

So what way is the most ideal?

We know that traditional weaning has worked well for generations, and most parents and health professionals still work with this method. There is no research showing any ill effects of traditional weaning, and there are no worrying questions with this approach, especially if the pureed foods are homemade and nutritional.

When we look at the research around baby led weaning we actually find that there is no substantial, long term research to back up this form of solid introduction. There are however quite a lot of well researched, biological reasons why this method is not appropriate for our infants as they start solids, which becomes really clear once you learn the Bio-logical Weaning Practice of Plain + Slow = Gain + Grow.

So with my own professional experience of being around when traditional weaning was the ‘done’ thing, watching the birth of baby-led weaning and how that has been adopted despite the questions that surround it, I say ‘let’s place our feet into our infant’s a little more.’ What’s the rush? It’s not like they are never going to eat chunky foods if you don’t give them at six months, so why not introduce solids in a way that gently teaches their digestive system how to process solid food? And why not introduce them to a spoon and the exploration of using their hands – where is the harm in doing both?

With all the research on weaning and the facts we know about an infant’s physical development, I decided to create the third method mentioned throughout this article called BabyCues Bio-logical Weaning (Life-logical Weaning), after becoming quite concerned about some of the advice being given to parents for this stage of life. 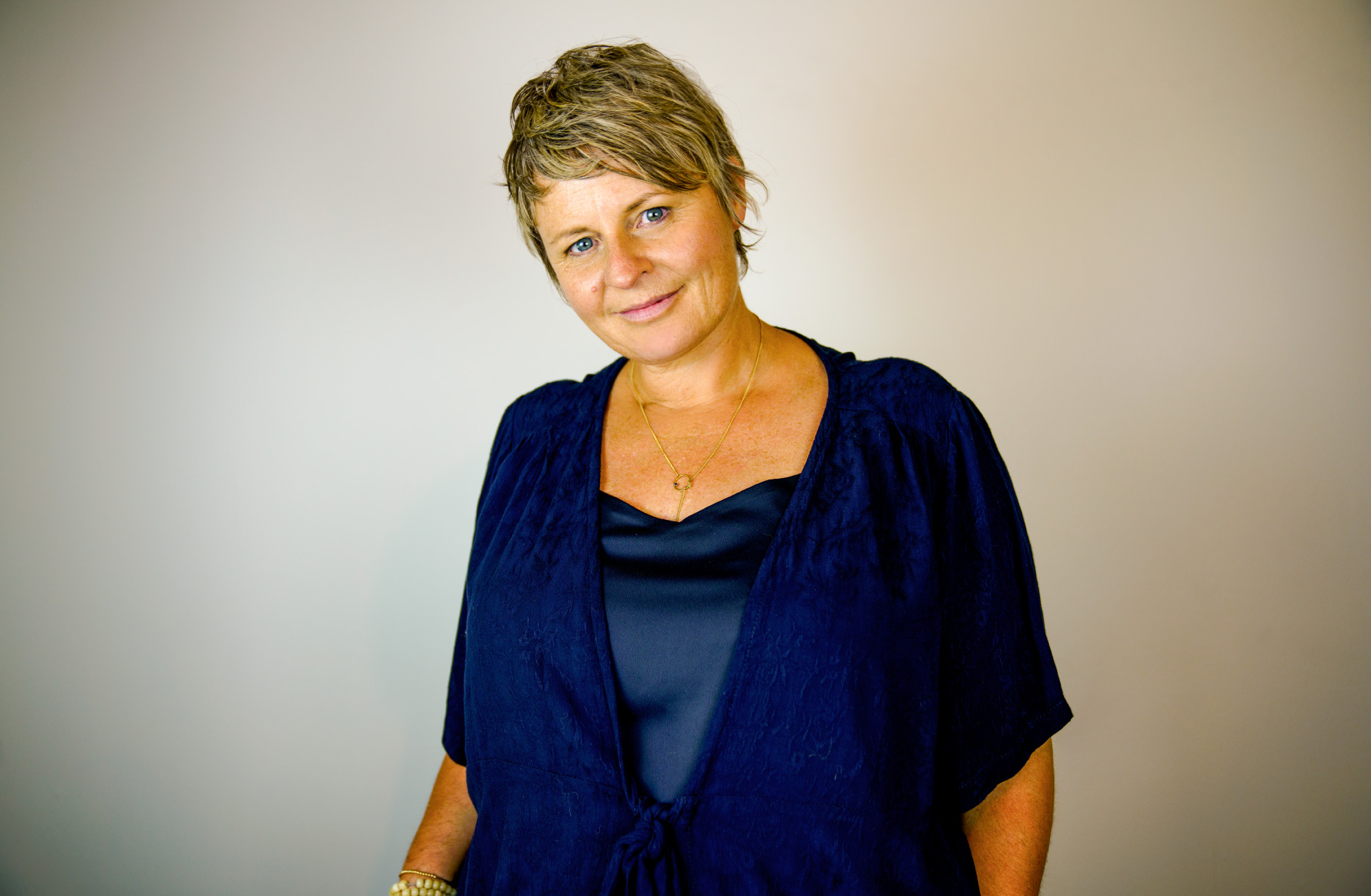 Bio-logical Weaning teaches parents what, when and how much to introduce, from six months to one year of age based on an infant’s capabilities, capacities and nutrient requirements. This form of solid introduction continues on well from my philosophy of Bio-logical Care for 0-6 month olds, which is also strongly based on how a newborn’s digestive system functions, along with my discovery of their Six-Wind-Cues.

Bio-logical Weaning is also all about “Plain + Slow = Gain + Grow”. We don’t need to be in a hurry for our children to like a variety of food. In fact, I believe the more time we give them, the less aversion they have to food because they don’t begin to associate it with discomfort. We must also remember that it takes two-and-a-half years for a child’s digestive system to work like an adult’s and it’s up to us to nurture holistically and work with nature’s gifts.

If you would like to read more about Bio-logical Weaning then check out my self-help parent book. It’s packed with easy-to-follow information on what to introduce when; gives you a full breakdown on quantities and the optimal time of day for solids; includes age-appropriate day schedules and easy to follow food choices for each age. It’s the ultimate handbook for weaning your infant in the most nurturing, intuitive way, while and making it fun for you both. 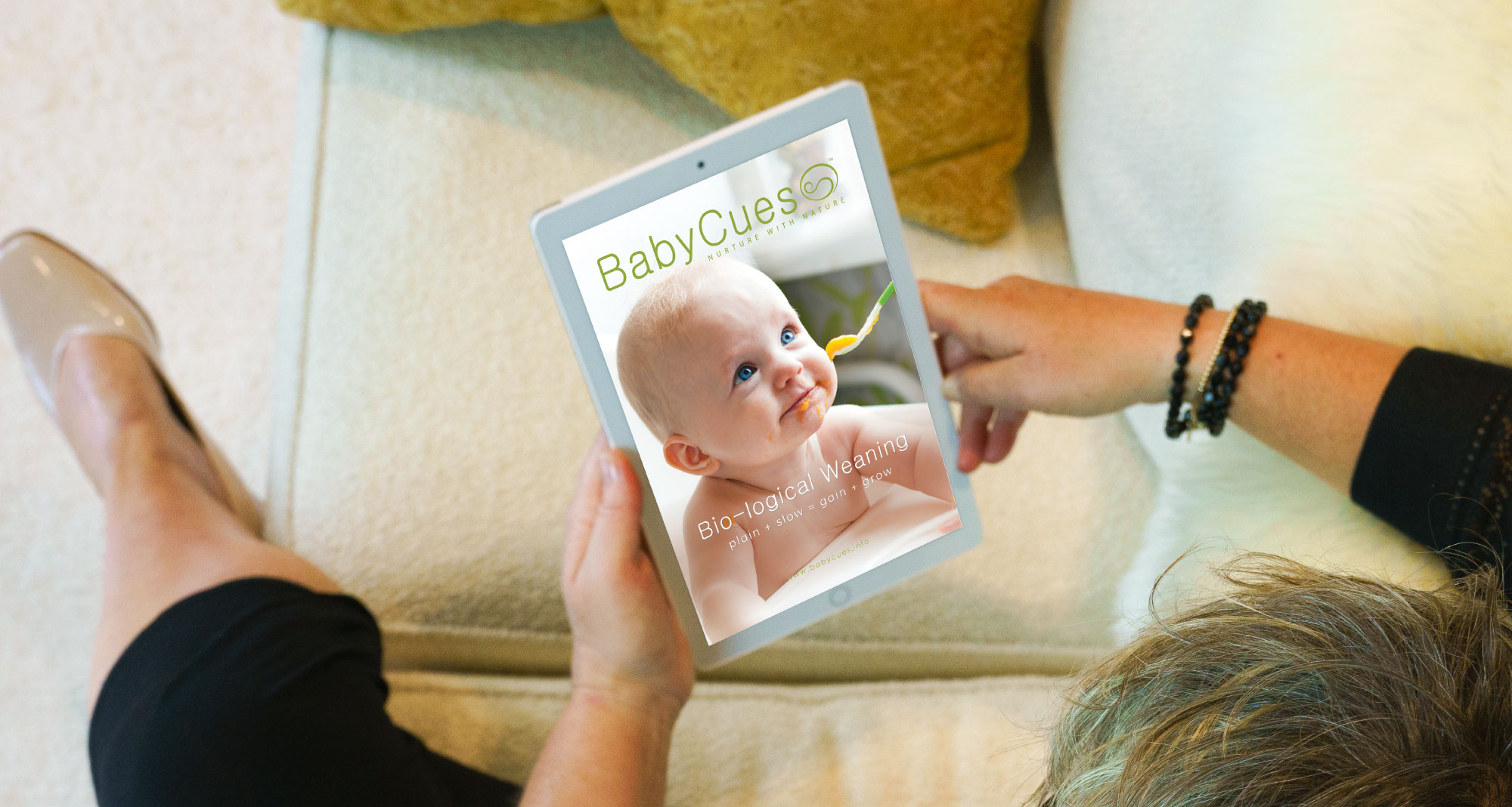