Milk thickeners: Not good for reflux 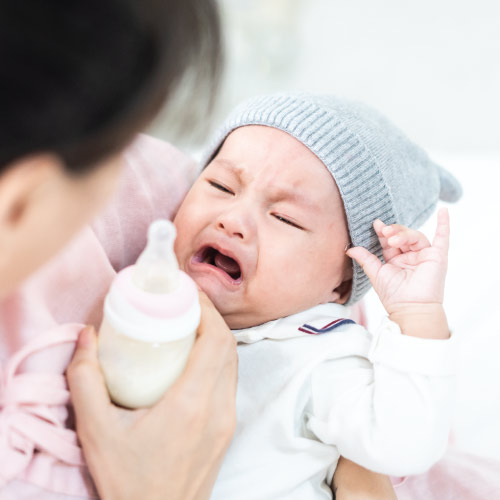 I recently had a consultation with a mum in Ireland who had been using Carobel (a milk thickener) for her fifteen week old daughter, after it had been prescribed by her GP for 'reflux' - or what I called Digestive Overload the root cause of reflux symptoms, which can be healed naturally. They had also placed her daughter on Omeprazole and the Neocate formula. All of which is a common medical pathway for treatment of reflux in the UK and Ireland, with this quickly growing in the USA, and yet this is often a pathway that is not needed.

Before I delve any further though into this though with you, I do need to warn you that this information may be hard for you to read if your baby is currently on a milk thickener, or has used one in the past. Please know that my intent is not to cause worry, but to ideally stop the use of these thickeners for our young so they can live life in a healthy way, both now and in the future. I also believe that it's empowering as a parent to have as much information as possible, before making the decision that feels right for you and your family.

Get the help you need

Hailed as a game changer, life-saver and a must read from parents and postnatal professionals, this self-help book truly has the answers that NATURALLY prevent and heal the symptoms of colic, reflux, silent reflux, the witching hour and lactose and dairy overload - aka Digestive Overload, the true cause of these symptoms. 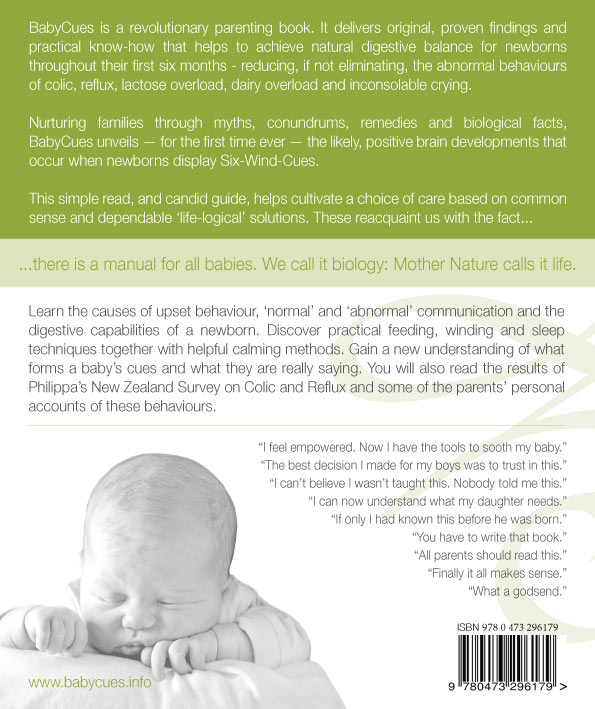 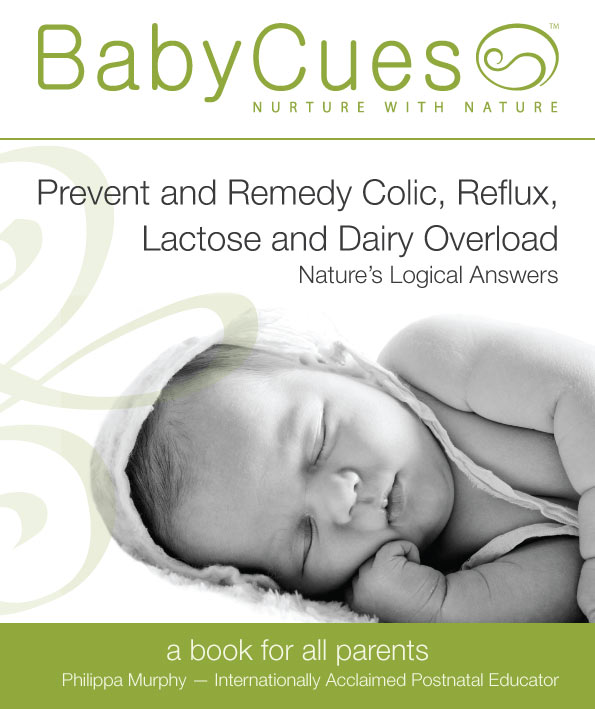 What are milk thickeners?

There are several well-known brands of thickeners on the market, that can either be added to the newborn or infant's milk feed, or for some, given as a paste on a spoon. The idea of the thickeners, like Carobel, is that they make the milk more 'sticky' so that it can be more easily retained in the stomach when 'reflux' is diagnosed. These days, these thickeners are also being popped into reflux formula, but are they a healthy option for your child?

In my professional opinion, milk thickeners should never be used for our young because of the negative effect it has on their digestive system, created both by the ingredients and the interference of natural and necessary digestive function. In this article we focus on the regularly used ingredients in different brands.

What’s in most milk thickeners?

Maltodextrin is used to improve texture; prolong shelf life and often to ‘improve’ consistency. This ingredient might sound familiar to anyone who reads their food labels, because it is a common food additive that you’ll find in a lot of processed foods.

While maltodextrin is not listed as a 'sugar' it is easily hydrolysed in the digestive tract and actually has a higher glycemic index (GI) than regular table sugar – meaning it can cause a spike in blood sugar. It’s one to avoid for diabetes sufferers, and it’s advised that it should be consumed in VERY small volumes. Excessive consumption of it has shown some links to incidence of Crohn’s and there are some suggestions that maltodextrin can have a negative effect on gut bacteria. You can read more about what experts say here, along with a list of side effects.

With the fast paced changes in additives these days, these are five that all parents need to know about for the long-term health of their child. 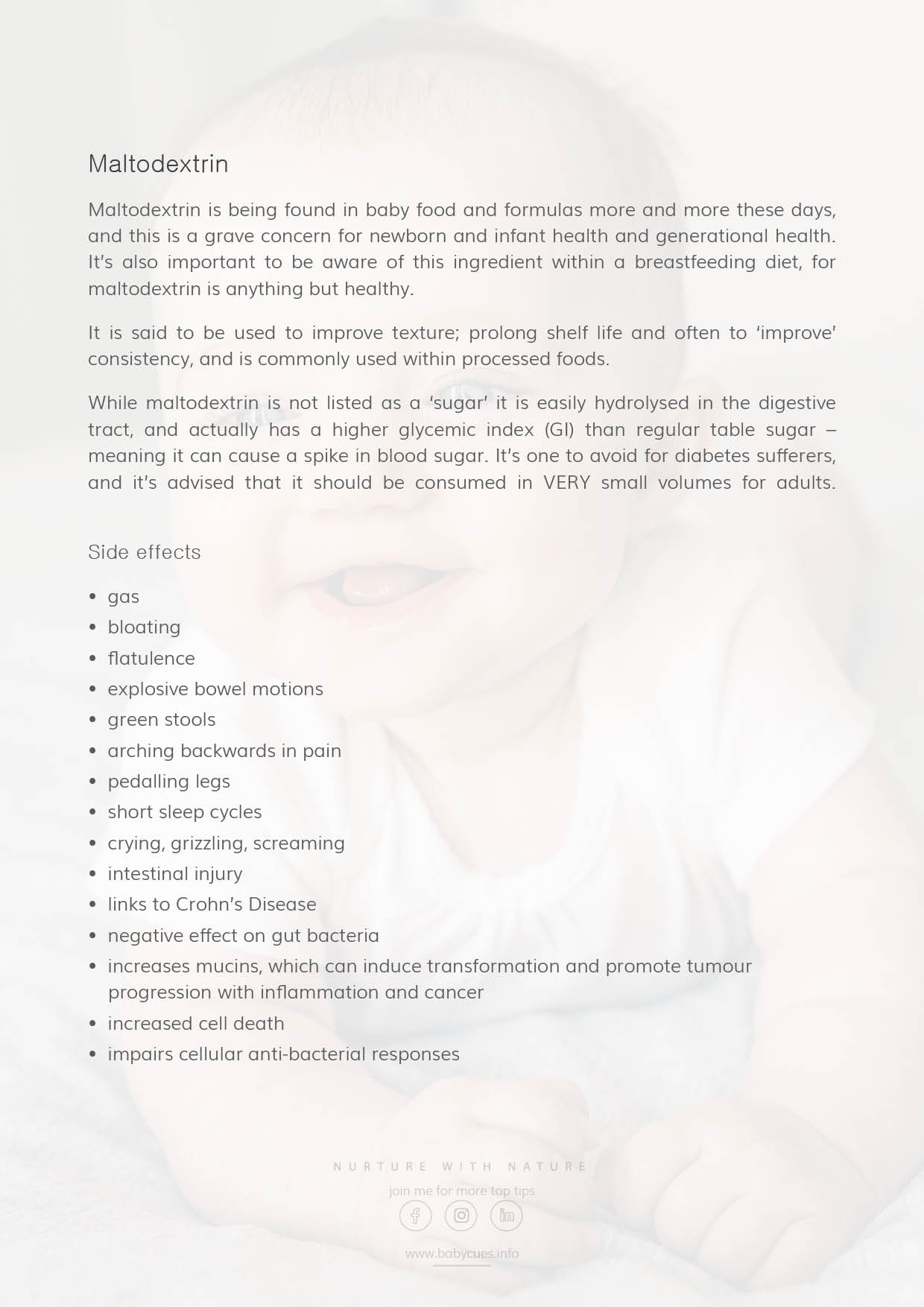 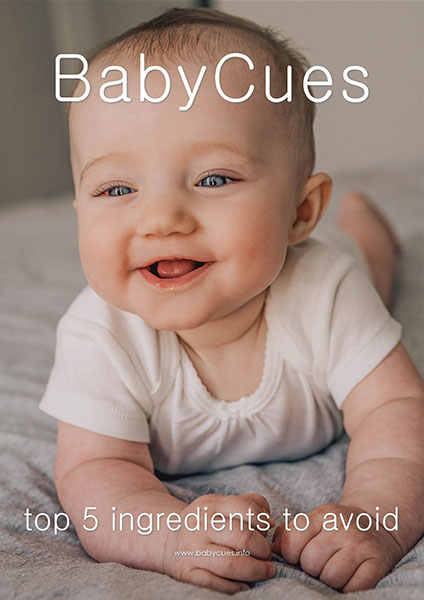 Sorry, but there was an error when processing your request. Please refresh your browser and try again.

Thanks for submitting your details.

Download the guide here which I hope you find useful. I look forward to sharing more information in the future with you.

Corn syrup, also known as glucose syrup, is made from the starch of corn and contains varying amounts of maltose and higher oligosaccharides, depending on the grade.

Corn syrup has been proven to contain phytic acid (phytate), hence it is known as a anti-nutrient. Phytic acid blocks the absorption of critical minerals like calcium, magnesium, iron and zinc, which in itself is critical for optimal development and functioning of the brain and nervous system, especially as the brain develops in those early years of life. There are showcased positive effects of phytic acid too, but for me, when we are talking tiny, new developing bodies that require all of the healthy nutrients that they can absorb, corn syrup is ideally an ingredient to avoid.

Also known as locust bean gum, carob bean is a common thickener in food stuffs and generally considered safe for consumption.1 However, when we are talking about newborns and infants, we must consider the delicate balance between the possible slowing down of their digestive processes from an ingredient that thickens the milk, and the discomfort that can come from that. I know clinically I have watched many newborns and infants on thickeners have constipation, excess gas, short sleep cycles and screaming from the pain of the constipation, with all of these significantly improving once it is weaned off.

Calcium carbonate is a dietary supplement used when the amount of calcium taken in the diet is not enough. Calcium is needed by the body for healthy bones, muscles, nervous system, and heart. Calcium carbonate is also used as an antacid to relieve heartburn, acid indigestion, and upset stomach. This may make this ingredient sound great for a baby that has reflux, when most parents are told that it’s the acid in the stomach that is the cause of the symptoms. But when we actually delve deeper and learn that for the majority of our newborns acid is not the cause of reflux, and that in fact the digestive system is out of balance from some common, widely taught care practices, giving this mild acid suppressor to a newborn can take on a whole new meaning. Especially when we know that acid in the stomach is required to fight bacteria.

Most people know that this is a dietary supplement, and most know it frequently causes gastrointestinal side effects including nausea, vomiting, heartburn, abdominal pain/cramping, and either constipation and diarrhoea. For our newborns it can also sometimes cause stools that are blood stained, or green or grey in colour.

This is used as a dietary supplement to treat zinc deficiency and to prevent the condition in those at high risk. Side effects of excess supplementation may include abdominal pain, vomiting, headache, and tiredness.

Note: it’s interesting that Iron and Zinc sulphate are in the well-known Carobel brand for research shows that when both nutrients are ingested simultaneously in water solutions at levels commonly used in supplements, there is evidence that an excess of iron inhibits zinc absorption2,3 and that excess zinc inhibits iron uptake4.

Aside from the issues around some of those individual ingredients – there is very little conclusive evidence that thickeners really help with reflux.

There was a Cochrane review in 20175 that found “low‐certainty evidence based on two studies recruiting 116 infants that use of feed thickeners improved the oesophageal pH probe parameters of reflux index.” It also said that there were many caveats for “some of the studies they reviewed had been funded by pharmaceutical companies”. And they were only “moderately confident in the evidence for the reduction of two reflux episodes per day.”

So in my mind, the next question for parents has to be, are the side effects of all the ingredients worth the possible reduction of two reflux episodes? And will those side effects bring even more issues for their child?

In the summary of the Cochrane review it was noted that “The cornerstone in the management of uncomplicated GOR should be parental education and reassurance with modification of feeding frequency and volume if necessary.” Thankfully, BabyCues Bio-logical Practice is leading the way with this, while going one step further. Instead of just managing the reflux, it heals it naturally. You can read about achieving natural digestive balance in my best selling book. 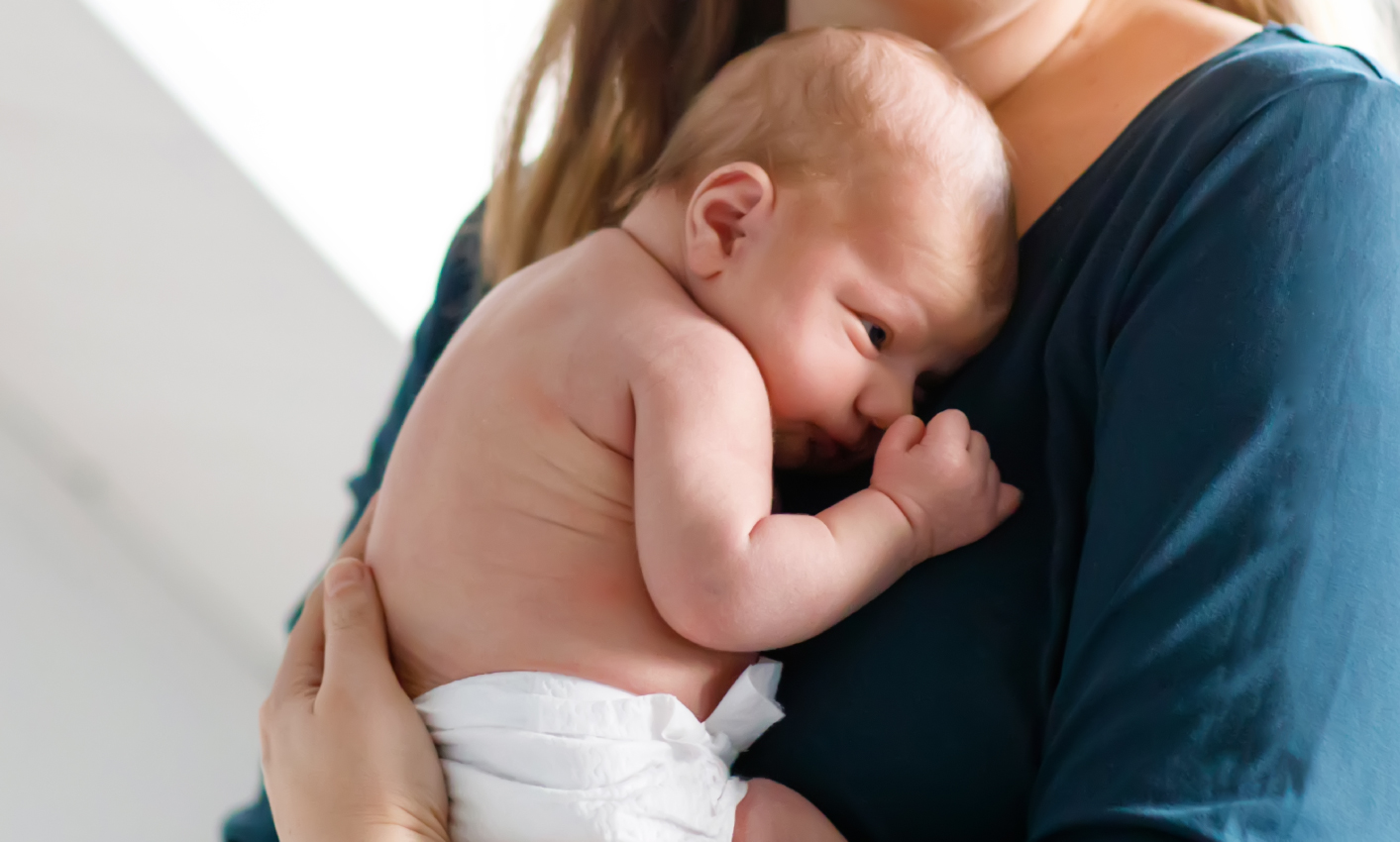 So, if you are using milk thickeners, and your baby is excessively gassy, or perhaps has a bloated, hard, distended stomach and potentially explosive bowel motions or constipation from the discomfort of wind causing the waste to slow down from cramping, I suggest you consult your health professional about the possibility of coming off the thickener. Or book in for a consultation with me to talk this through further.

That’s what the lovely mum in Ireland did. Through our in-depth consultation we established that her daughter was indeed a candidate for the withdrawal of Omeprazole, Neocate and Carobel. We talked through a step-by-step plan for this – with the complete removal of Carobel being step one.

Within 24 hours of stopping the milk thickener mum reported that her daughter went from having atrocious gas, that was waking her from her day sleeps causing obvious pain, and effects on her bowel motions, to being less windy, reduced arching backwards in pain and slightly happier.

I’m delighted to report that the little Irish lass within this case study is now off Carobel, Omeprazole and Neocate. Her Mum is of course delighted and her daughter, well she is so much happier and can now enjoy life without all of those side effects from ‘things’ that had been prescribed that were meant to help. Hmmmm. 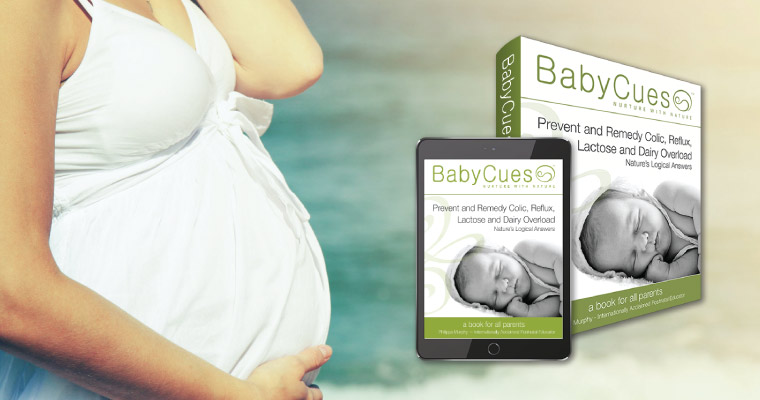 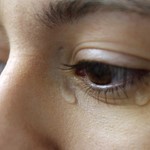 A mother's heart-wrenching story of colic and reflux 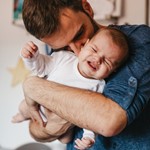 Reflux Medicine - Why Most Newborns Don’t Need It 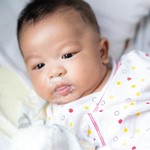 How to stop reflux